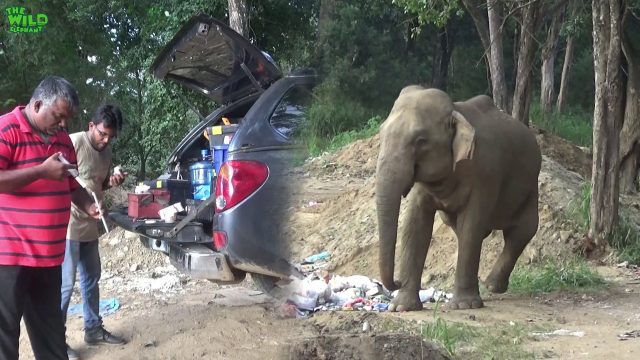 Garbage problem and increasing amounts of environmental pollution by plastic bags, polythene has increased the number of casualties with the elephant population all around the world. These elephants will later develop infections and many other problems, including having their stomachs filled and also blocked with polythene bags and plastics.

We previously covered a few events and their videos about elephants that have fallen sick with such garbage eating habits and plastic, polythene infections. Many of them have also died after not having a way to recover. Share this and show the world about these unethical, unresponsible, cheap practices that harm the environment and the humble giants that roam in it.

Here you can see footage of a medical team preparing anesthetics and vaccinations to be used on a very young elephant who is addicted to this site. They need to be checked and should also be taken far away from this area or be chased by using scare tactics.

Share these videos to spread awareness among people to force relevant authorities to havea proper plan on garbage dumping sites, so animals will not get to eat these and fall ill every day.

Python In Distress A Tale Of Discomfort

Don’t buy ivory to save lives of fascinating giants on the land. Just let...

The beauty of Humanity, Protecting Elephants and their habitat

Magnificent Giant Tusker is too friendly to all. (One of the biggest Tuskers in...