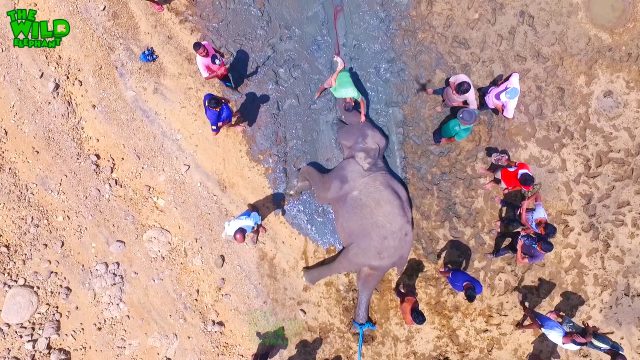 An elephant was found dead lying lifeless in the water. An unknown party shot this giant before the scene. The wildlife team and the locals tried so hard to pull the dead elephant out of the water. They used several methods just to try and bring this elephant to the ground. There were more than ten men in total trying to get this animal out. But all the efforts were futile.

The team started to consider other ways to get this elephant out of the water. Time was running out fast and they had none of it. Some of them pulled the rope tied to the elephant while trying to bring it out. The other ones began to push the elephant from the back just to get it onto the ground. 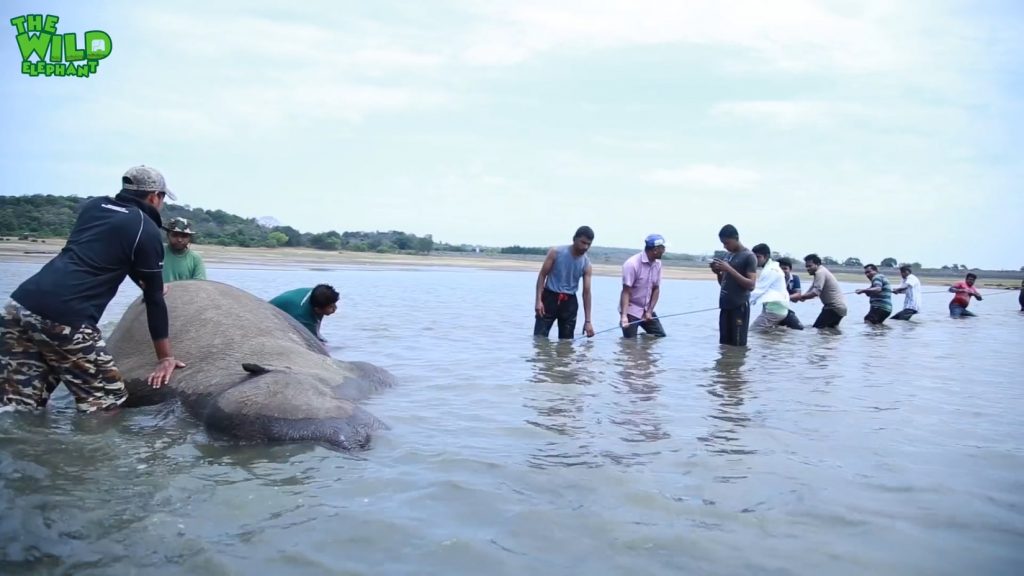 A lot of people entered the water to try and get the elephant out of it. It took lots of effort but due to the weight of the animal, the elephant couldn’t be pulled out immediately. Then they decided to use a tractor. The elephant has pulled away from the water with the help of a tractor and countless efforts of a lot of people.

When it eventually got out, the wildlife team got together to do the postmortem to find out exactly what killed the animal. It is really sad that people have decided to kill elephants. But what was unknown is if the shot was a mistake or if it was done on purpose. Hopefully, more deaths like this would be avoided.

Sweetest Tusker Elephant You will ever see. A friendly Sri Lankan Elephant Herd

Taming a beastly elephant before giving it treatments. Adventures of a wildlife officer

Trying to save a hopeless elephant. When the strongest animal loses all its strength