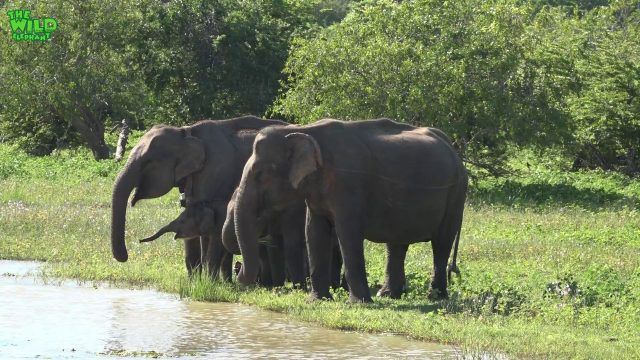 Yala National Park is one of the largest National parks in the island of Sri Lanka. It is also known as the most visited park that is very popular among tourists and the locals. The Yala National park consists of five different blocks. The park is very famous for its variety of wild animal density compared to other parks in the region. This preserved land is essential for the conservation of Sri Lankan elephants, aquatic birds, and Sri Lankan leopards.

This is a video about an elephant herd enjoying a typical day by their friendly water source. This whole area is a safe-haven for these elephants and other wildlife animals in the area. They come to such water sources to bath and also spend their entire daytime close by. Baby elephants are seen enjoying and running around most of the time, and they are known to be the most aggressive out of them all.

This is a video for you to observe, and enjoy if you love elephants and seeing them being safe in such places kept for them. Watch this video and let us know about your thoughts on the island of elephants and what improvements should be made to keep these elephants safe. However, keep in mind that the budget is extremely limited, and you can always help by donating to the cause.

Fallen Elephant Gets Rescued After Being Trapped: A Dedicated Wildlife Team In Action

Injured Elephant In The Mud